Autumn - The Season of the Metal Element by Julie Kelham, Acupuncturist
0117 377 1186 info@almavalecentre.co.uk
0 Items

Autumn – The Season of the Metal Element by Julie Kelham 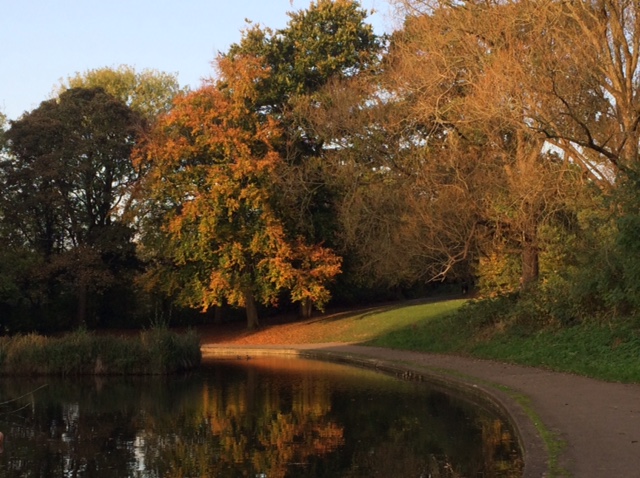 At the core of Chinese Medicine is the principle that nature is governed by Yin/Yang and the five elements, Wood, Fire Earth, Metal and Water. Each season is associated with a different element and with the energy system of different organs. Each element has a different colour, sound, emotion, and odour, time of day, season, and type of weather, taste and seasonal power.

A few months ago in my summer blog, I talked about the Fire element, which was about moving forward, activating plans and using the dynamic Fire energy for expansion and growth. The summer feels long gone now and with the change of season we have witnessed the leaves turning a beautiful mix of russet, yellow and red, the mornings becoming misty and damp, and more recently the days cooler. The autumn season, associated with the Metal element, is where the passing of time can often be felt more acutely.

This is a time to gather and ‘reap the fruits’ from the months before: a time to harvest our energies, replenish, reflect and prepare for protection from the coming winter. Soon the clocks will go back and the leaves will keep falling from the trees, symbolising one aspect of the Metal element in terms of letting go. Strength, endurance, substance and structure are also associated with the quality of Metal, with Stonehenge being a wonderful representation of this, and yet Metal can sometimes be perceived as cold and hard without nourishment. In nature, it can be more difficult to feel the essence of Metal than with the other elements such as experiencing the water of the ocean, the wood of the trees or the warmth of a fire. Gold is an obvious manifestation of a precious metal, but so too are rock pools cradling water and minerals within the earth’s depths. Metal can provide warmth from fuel, as well as robust, structural building material, networks of communication and connection, or beautiful stones and crystals. Metal rejuvenates the earth, as the leaves fall to the ground and decompose; the earth then absorbs the nutrients providing richness to the soil and nourishment for new plants. The minerals and trace elements in our food are also a manifestation of Metal, some of which are essential for good health, such as Chromium.

In Chinese Medicine, the energetic systems of the Lung (Yin) and Large Intestine (Yang) are associated with the Metal Element, providing the energy to receive and take in food and breath/air, assimilating and harnessing that energy and letting go of waste products through the large intestine. The Lungs govern Qi (life force) and the respiratory function influencing the bodily systems such as the rhythmic blood flow around the body. The Lung Qi disperses and moves body fluids as well as dominating the skin with the opening and closing of pores to balance and regulate. The internal Qi system can be seen as a network which conducts Qi in the same way as Metal conducts electricity, or like water travelling down a rocky network of mountain passageways.

“The Lung holds the office of minister and chancellor. The regulation of the life-giving network stems from it” (Larre and Rochat de la Vallee, 1992b. p.45).

Grief is the emotion associated with the Metal element and it influences our ability to process our grief and to let go. The grief and loss may be from a loved one’s death, or relationship ending, or the loss of dreams and what one hoped for in life, or the loss of personal items. The Metal element is also very much about appreciating quality and the ‘golden nuggets’ of life whether that be the qualities within people or the quality of any given moment or connection. It influences whether we can receive respect from others when it is given.

When the Metal element is out of balance, a person may feel an ongoing, overwhelming, deep grief and not be able to move through the different stages of grief. A person may find it difficult to fully ‘let go’ either becoming withdrawn or alternatively putting up a ‘bright buoyant shield’ protecting and disconnecting from the grief as an attempt to convince themselves and others that all is ‘fine’. Physical symptoms such as a tight chest or throat may manifest and a person may appear quite’ brittle’ with their ‘metal guard’ in place…..

Depletion of the Metal element can manifest in different ways such as:

the internal structure of the body being affected such as the spine or limbs;

Ways to support and strengthen your Metal energy:

Turmeric is supportive of the immune system and ginger is warming if there is a tendency to feel the cold.

Fresh coriander and magnesium help to detoxify the body from toxic metals. Soak in a bath of Epsom salts to detox the system.

Try and reduce foods that can be congesting such as diary, meat and wheat. Introduce more soups, stews, which are easily digestible and supportive of the stomach energy. Try soya, rice, oat or almond milk instead of cow’s milk. Have lots of vegetables, grains and rye bread instead of wheat.

Brown rice and oats bind toxins and acids to help remove these out of the body through the large intestine. They are also slow release in terms of energy so rice/oat porridge in the morning is a great breakfast food. Try it with fresh grated ginger, flaked toasted almonds, cinnamon, ground cardamom, a spoonful of Blackstrap molasses (blood nourishing), ground nuts and seeds, goji berries, blueberries, grated apple (there are numerous variations).

Rice, onions and chestnuts are all associated with the Metal element, so these combined with all other varied elemental foods will give you dietary balance.

Reflect on what gives you meaning and connection in life. Activities that support your connection with yourself and others and with nature will also support your Metal element. Resting the mind as well as the body will help restore your Qi and support your immune system. Come and have, or continue to have acupuncture treatment, as this can support your Metal element by strengthening your Lung Qi and protective Qi to support the immune system, clear cold and damp from the joints or clear/reduce colds and cough symptoms. On an emotional level, treating the Metal element can support you energetically in dealing with feelings of loss and grief and help you to feel stronger in moving through these challenging times. In ancient Chinese texts, doctors believed that grief exhausted the Qi and it can affect the lung’s capacity to take in air and breathe out toxins. Grief can be such an overwhelming emotion and can often impact on the immune system more so than other emotions.

Some examples of acupuncture point names on the Lung/Large Intestine channels illustrate the essence of the Metal element perfectly such as: Zhong Fu (Central Treasury), Yun Men.

You can find out more about which cookies we are using or switch them off in settings.

This website uses cookies so that we can provide you with the best user experience possible. Cookie information is stored in your browser and performs functions such as recognising you when you return to our website and helping our team to understand which sections of the website you find most interesting and useful.

Strictly Necessary Cookie should be enabled at all times so that we can save your preferences for cookie settings.

If you disable this cookie, we will not be able to save your preferences. This means that every time you visit this website you will need to enable or disable cookies again.